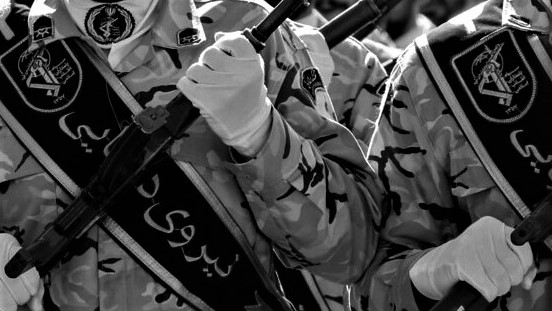 The Liberal Government has failed to keep its promise to designate the Islamic Revolutionary Guard Corps (IRGC) as a terrorist organization.

I call on Bill Blair, Minister of Public Safety and Emergency Preparedness to:

Follow the clear will of the House of Commons expressed in June of 2018 and Immediately designate the Islamic Revolutionary Guard Corps (IRGC) in its entirety as a listed terrorist entity under the Criminal Code of Canada.

For decades, the people of Iran have been terrorized by the Islamic Revolutionary Guard Corps (IRGC).

That's why, on June 11th, 2018, I introduced a motion in the House of Commons to hold Iran accountable, and it passed with majority support.

However, the Liberal Government has failed to keep its promise to designate the Islamic Revolutionary Guard Corps (IRGC) as a terrorist organization. The IRGC supports other terrorist organizations, such as Hezbollah and Hamas, that perpetrate antisemitic crimes and coordinate terror attacks against Canada’s allies, specifically Israel. The IRGC also facilitated the imprisonment of several Canadians; these Canadians remain imprisoned to this day.

In the midst of efforts by the Iranian government to spread violence and terror throughout the region, the Iranian people have stood up and rejected an extremist ideology. A powerful protest movement broke out in winter 2018, with protesters demanding political change and the emergence of a government that protects their rights and is on their side. Slogans included "Not Gaza, Not Lebanon, I give my life for Iran", and also "Death to the dictator". In other words, Iranian protesters were specifically and knowingly repudiating the authoritarian regime, and even calling for an end to the regime itself. In the midst of significant violence and repression, these protesters were a portrait of courage.

Canadians believe in the protection of fundamental rights to freedom of conscience and religion, and in the dignity of the human person. We call on the Liberals to keep their promise and take a principled stand against the IRGC terrorists. That's why I ask you to join me in calling on Minister of Public Safety Bill Blair to finally follow through and list the IRGC in its entirety as a terrorist organization.